“That night Lale tries to wash the dried blood from his shirt with water from a puddle. He partially succeeds, but then decides a stain will be an appropriate reminder of the day he met Mengele. […] He must always be wary of this man whose soul is colder than his scalpel.” – The Tattooist of Auschwitz (43% into the novel on eBook) 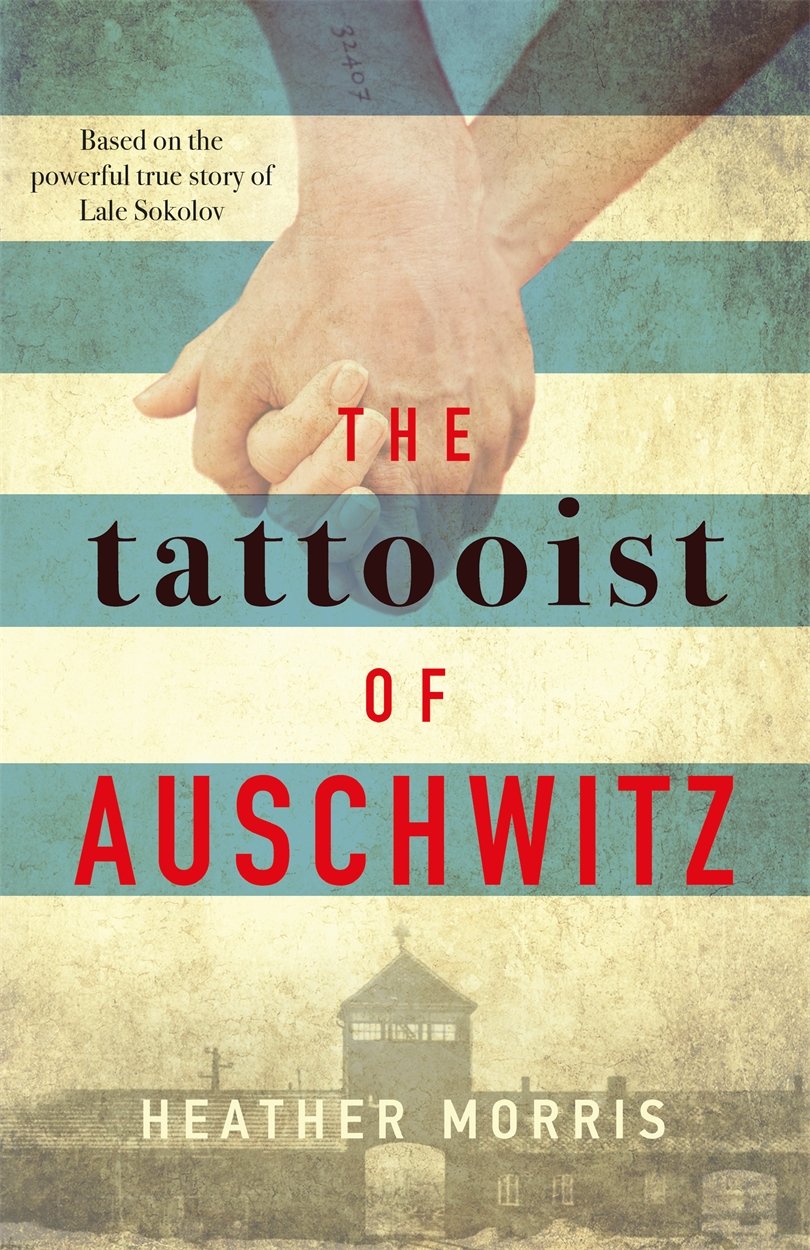 Mainly spoiler Free, I talk about aspects of the book.

I received a free Advanced Reading Copy (ARC) of this book in return for an honest review. I would like to thank Bonnie Zaffre publishing and Heather Morris for sending me a copy of this book.

The incredible story of the Auschwitz-Birkenau tattooist and the woman he loved.
Lale Sokolov is well-dressed, a charmer, a ladies’ man. He is also a Jew. On the first transport from Slovakia to Auschwitz in 1942, Lale immediately stands out to his fellow prisoners. In the camp, he is looked up to, looked out for, and put to work in the privileged position of Tätowierer– the tattooist – to mark his fellow prisoners, forever. One of them is a young woman, Gita, who steals his heart at first glance.
His life given new purpose, Lale does his best through the struggle and suffering to use his position for good.

This story, full of beauty and hope, is based on years of interviews author Heather Morris conducted with real-life Holocaust survivor and Auschwitz- Birkenau tattooist Ludwig (Lale) Sokolov. It is heart-wrenching, illuminating, and unforgettable.

I finished this book in the first few days of January and wrote up my review of it shortly afterwards. After reading through my review, I couldn’t bring myself to publish it. I felt that anything I said about this book wouldn’t do it justice. I still don’t think I have the words to review this book and to explain how deeply it moved me, but I’ll try my best.

Firstly, I want to thank the author, Heather Morris, for putting Lale’s story together so well. This book I’m certain will move so many people and stand the test of time. I’m so grateful that Lale agreed to share his incredible story of love and survival with the world. The holocaust is such a hard hitting topic that can never be forgotten by society. As the last generation of people who will have the oppourtunity to speak with survivors, it’s crucial we share their stories and the reality of what happened with the world, so it can never be forgotten or denied in the future. It’s of utmost importance that the memory of those who suffered are kept alive to stop this from ever happening again in the future.

The Tattooist of Auschwitz is a book that moved me in a way no other book ever has before, even though I’ve read many books about the holocaust. It resonated with me so much and was a book I reflected on for many days after reading it. Although it’s harrowing for the most part, the ending made me cry happy tears knowing Lale and Gita survived the horrors of Auschwitz. As the story is closely based on Lale’s experiences of Auschwitz it makes the story far more powerful. It really makes you question how the Nazi’s ever thought they could justify even slightly the things they did.

Heather’s writing style is great. She explains Lale’s story well and it’s clear that she really thought about how to best tell his story. The spelling, punctuation and grammar is flawless and the occasional switch in narratives was clear and concise. It was easy to differentiate between who was narrating. This is a fairly short book and a quick read, but if it was double the length I would still happily read it.

In the book, Heather Morris explains that Lale felt a deep guilt for carrying out his job as the tattooist of Auschwitz. She explains that he originally declined her offer to share his story because he felt that he would be judged for what he did. He thought he would be seen as guilty and a Nazi collaborator. In my opinion, Lale was not this at all. He was a victim of circumstance, and through his job and slightly more “privileged’ position of receiving extra rations etc, he saved so many prisoner’s lives. He helped and saved so many people.

Lale sounded like such a warm-hearted and cheeky soul and Heather has done so well to translate this through the book. Although I only know Lale and Gita through what has been written about their lives, they’ve both definitely left a footprint in my heart.

If you read any book this year, I would recommend that it’s this one. Even though this was the first book I read in 2018 it’s still the best so far. In fact, it’s one of the best books I’ve ever read, and I’m not exaggerating. Although I received an ARC of this book, I’m definitely going to be purchasing a physical copy of it in the near future.

I would definitely recommend that you read this book. Although it’s harrowing in parts, there is a light at the end of the tunnel in this instance. This is a completely extraordinary, real life story of survival and love. Heather provides the reader with the right balance of facts, the reality of the death camps, emotions, humour and most importantly, love. If you’re anything like me when reading it it will make you feel every emotion possible and you’ll cry both sad and happy tears.

All I can say is even if you don’t have an interest in reading books relating to World War Two and the Holocaust, please give this book a read because it’s deeply moving and Heather has retold Lale’s story brilliantly.

I hope that one day this book will be made into a film as it was originally intended to be. If would be amazing if Lale and Gita’s story is able to reach an even wider audience and I think it would translate into a film very well.

My experience of visiting Auschwitz and Auschwitz II Birkenau:

As many of you may know, I’ve always felt strongly about keeping the memory of those who were persecuted by the Nazi’s alive. I studied history at degree level and focused my dissertation on The British Liberation of Bergen-Belsen Concentration Camp. Through my dissertation I went into much detail about the links between Bergen-Belsen and the Two Auschwitz camps. Given this, it’s a topic I’ve studied in a lot of detail, including many war trial documents. Although the academic texts I studied went into much detail of the persecution carried out by the Nazi’s, they failed to be emotive. It’s understandable because they’re informative books, but they didn’t allow for individual stories of survivors.

In March 2014, I visited both Auschwitz and Auschwitz II – Birkenau. It was a hard hitting experience. Even though I’ve studied this camp in much depth, from experience it doesn’t prepare you for the emotion you’ll feel when you’re there. What struck me the most about Birkenau was its vastness. You don’t realise how big it actually is until you visit. I don’t have the words to describe what it was like, but I will include a few photos here for you:

As I’ve visited Auschwitz, many of the places Lale refers to in the book I can remember and visualise vividly from my trip. To an extent I could picture where everything was taking place, which is another reason why this book was so powerful for me.

(Beds that would have been overcrowded – Auschwitz II Birkenau)

(The Entrance to Auschwitz I. The sign reads Arbeit Macht Frei, which translates to English as ‘work sets you free’.)

(One of the watch towers in Auschwitz I)

(One of the buildings in Auschwitz I)

If you would like to purchase a copy of The Tattooist of Auschwitz you can do so here (It’s not an affiliate link: https://www.amazon.co.uk/Tattooist-Auschwitz-heart-breaking-unforgettable-bestseller/dp/1785763644/ref=sr_1_1?ie=UTF8&qid=1523972384&sr=8-1&keywords=the+tattooist+of+auschwitz

37 thoughts on “Book Review |The Tattooist of Auschwitz – Heather Morris |& My Experience of Visiting the Auschwitz Camps.”