I would like to thank Jasmine Bartlett Love and Chicken House for sending me a AD-PR copies of these books to review for the blog tour. All opinions and views are my own and are not influenced by receiving a copy of this book in any way. I would also like to thank the author, Ben Oliver.

Life inside The Loop-the futuristic death row for teens under eighteen-is one long repetitive purgatory. But when news of the encroaching chaos in the outside world reaches the inmates and disorder begins to strike, the prison becomes the least of their worries.

It’s Luka Kane’s sixteenth birthday and he’s been inside The Loop for over two years. Every inmate is serving a death sentence with the option to push back their execution date by six months if they opt into “Delays”, scientific and medical experiments for the benefit of the elite in the outside world. But rumors of a war on the outside are spreading amongst the inmates, and before they know it, their tortuous routine becomes disrupted. The government issued rain stops falling. Strange things are happening to the guards. And it’s not long until the inmates are left alone inside the prison.

Were the chains that shackled Luka to his cell the only instruments left to keep him safe? He must overcome fellow prisoners hell-bent on killing him, the warden losing her mind, the rabid rats in the train tunnels, and a population turned into murderous monsters to try and break out of The Loop, save his family, and discover who is responsible for the chaos that has been inflicted upon the world.

The Loop is such an intriguing book. I loved how fast-paced it was and the overall concept behind it was so fascinating! The prison was interesting and I loved learning more about the death row process, from the harvests, and delays, to the AI in control of it. I’ve not read anything like this book before and it is such a unique concept.

This is such an interesting YA series, and the main character, Luka is great. I enjoyed learning everything through Luka’s point of view and meeting the other prisoners in The Loop. What was great about the characters is that they are all morally grey to an extent, and it emphasises that even good characters can have dark pasts.

There were a lot of characters introduced that all were interesting. What I love about Oliver is that he is completely ruthless in his writing, and he’s not afraid to throw spanners in the work and potentially kill off some readers favourite characters!

The difference between the normal people and the alts was interesting and there was so much to digest in the book. Everything is explained well, and the pacing is good! It kept me on my toes throughout, and even as a reader I began to question what was real and what was fabricated!

This book does end on a cliffhanger and as soon as I finished the book, I was eager to pick up the next one to find out what happens next. Looking back on The Loop after reading The Block, you can see how great of an introduction into this world, this book is. It sets The Block up brilliantly, and provides all the information needed that is built upon in the second novel.

Overall, The Loop was a great introduction into this YA series. It was fast-paced, action packed and left me guessing what would come next! It made me instantly want to carry on with the series to see what happens next! It is a great first book that sets up the second book brilliantly.

In the second book of The Loop trilogy, Luka is trapped in a fate worse than death. But now that he knows the truth about what him and his fellow inmates are being used for, it’s more important than ever that he not only escapes, but that he builds an army.

Luka in a prisoner once again. But this time it’s a fate worse than death. In the Block, he must toggle between enduring an Energy Harvest for twelve hours of the day and surviving complete immobilization. The only semblance of relief is the Sane Zone, created to keep prisoners from going completely mad. In this virtual reality, the prisoners live out their fantasies of life outside. But for Luka, it’s different.

Happy is determined to find out the location of his friends, who disappeared after the Battle of Midway Park. But can Luka battle the descent into madness long enough to stop Happy’s manipulation tactics and keep his friends’ location safe?

Another prison break is the only chance to protect the Missing. And as reality becomes increasingly scrambled on the outside, it’ll take an army to stop Galen from carrying out his plans.

Overall Opinion Of The Book:

Wow. I am shook by The Block, if you think that these books cannot be more impressive as the series continues… be prepared to be proven wrong! Oliver is such a talented writer, and I cannot fathom how someone can come up with so many clever ideas!

I loved how this book delves more into Happy. It is quite a terrifying prospect having AI being such an integral part of life. When thinking about how technology is evolving currently, it does make you wonder if what happens in this book is plausible.

The writing continued to be brilliant, and I grew even more fond of the characters. What I love about Oliver’s writing is that he is not afraid to be ruthless with the plot, it is very realistic when you consider that there is a world war taking place. The plot continued to be intricate and there were so many parts that blew my mind (in a good way – of course).

The plot took an interesting turn and there were many twists that I didn’t see coming. I think Luka is such a great character, although, Apple-Moth did steal the show for me. Apple-Moth went from being a slightly irritating AI to one that I found so endearing!

My only gripe about this book is that I have to wait a year to find out how this series ends. Reading the first two books back to back was great, and I’m full of anticipation for the third book in the series even though The Block was only released a few days ago. This is definitely a sign of a good book!

While I did enjoy The Loop overall, The Block is my favourite book in the series so far. The Loop sets this book up so well getting you familiar with the characters and the plot. This allows The Block to completely immerse the reader into the dystopian world, and take you on one hell of a journey!

I loved this book overall, it was well-written, fast-paced and had me guessing what would happen the whole time. Oliver has created such an interesting and complex world and I cannot wait to dive back in when the third book is released. next year I could easily have read another 320 pages of this book!

If you have already read The Loop, I would highly recommend continuing on with the series because The Block is just as fantastic!

Don’t forget to check out the posts by other wonderful bloggers that are taking part in the blog tour too!

If you would like to purchase The Loop & The Block you can do so here: 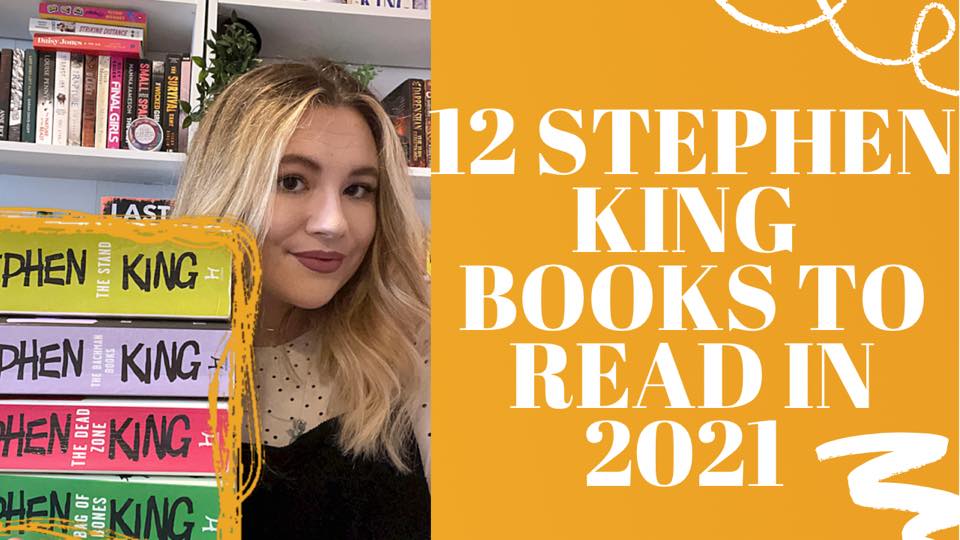